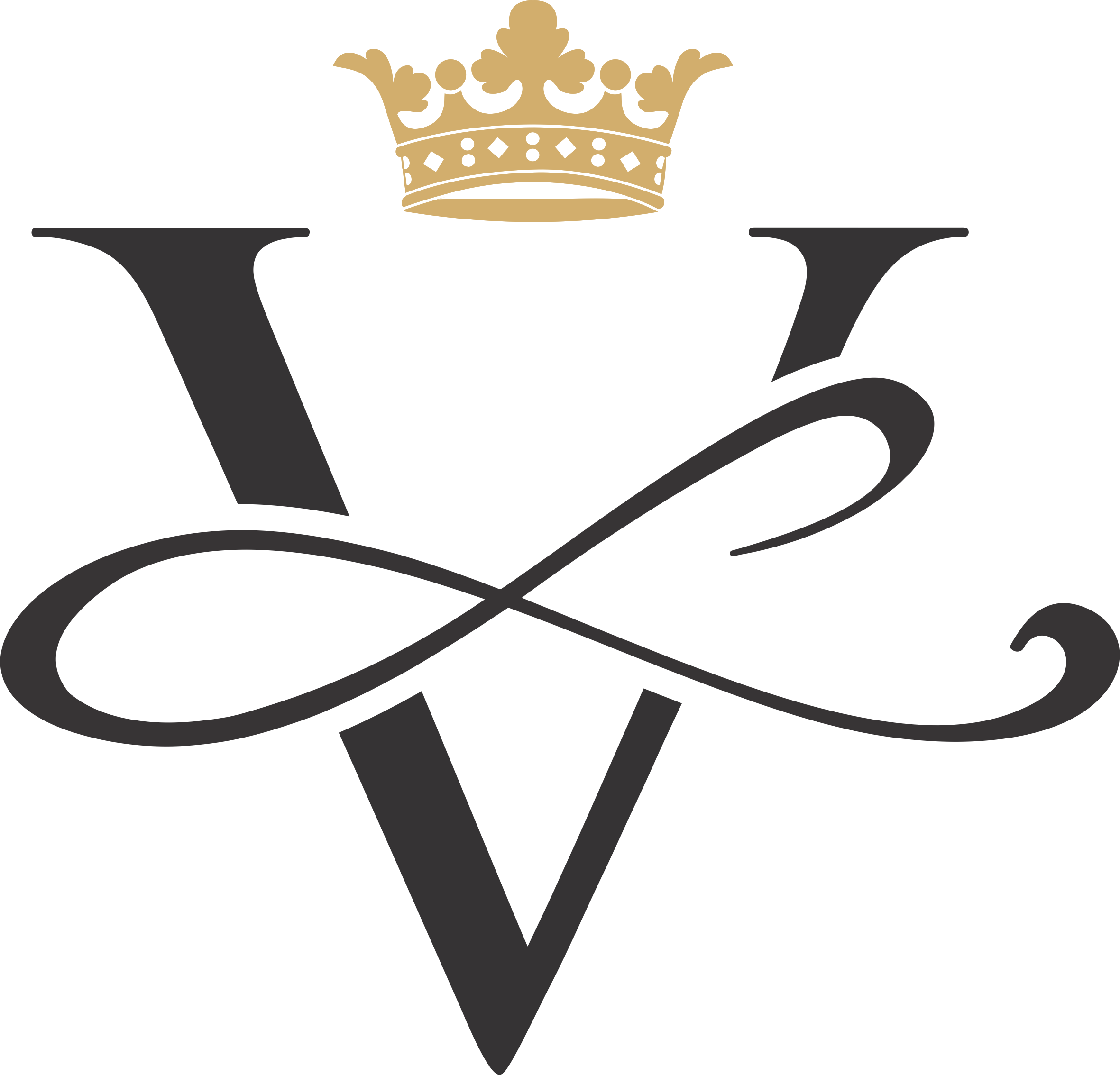 Valentine’s Day brings out the sweet expression of love. Relationships we otherwise tend to take for granted are celebrated. I cannot help myself therefore to show some love to the sweet expressions of wine this time of year: Dessert wines. Often taken for granted at a meal, these sweeties do not get the attention they truly deserve. We all know that wines are presented in several styles, but did you know that dessert wines themselves have so many different avatars?

While they are all sweet in varying degrees, their luscious journey to that point can involve a range of production methods.

Let’s explore some that will keep you busy sipping for a while! 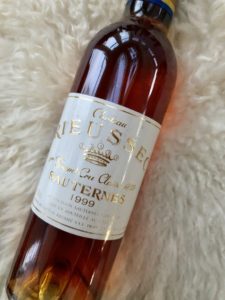 While the word ‘rot’ might make you uncomfortable, hopefully the word ‘noble’ provides some relief! That said, what ought to get your attention is that fact that “noble rot” is actually a good thing for wines! You see, when the fungus botrytis cinerea affects grapes on the vine, two things could happen: consistent wet weather could turn it into grey rot, which is the one you ought to wince at. However, if warmer temperatures follow humid conditions, the growth of this fungus is slowed down and it develops into our friend, “noble rot”. This renders the grape, or berries as they are called, unctuously sweet with phenomenal sugar saturation. The wines these produce are therefore nothing short of sweet legends! Many are known to age for decades. Needless to say, such wines can be pricey! The famed Sauternes are the quintessential example of these. Other examples include gems like Tokaji Azsú (Hungary), Sélection de Grains Noble (Alsace, France), and Trockenbeerenauslese (Germany).

These wines are fabulous served alongside foie gras and blue cheese.

It is noteworthy to mention that sweet wines like Beerenauslese from Germany and the celebrated wines from Coteaux du Layon in the Loire Valley, France are produced from grapes that are affected by botrytis as well as grapes that are not. The ones that are not botrytis-affected are raisinated on the vine. The French call this passerillage. 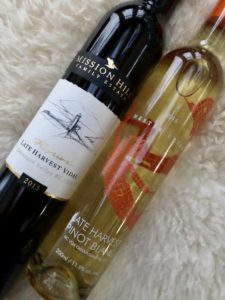 Just as the name suggests, these wines are produced from grapes that are left to ripen on the vines for much longer than regular harvest. With added hang-time, a lot of the water content in the berries evaporate, concentrating the sugar content, which of course produces simply delicious sweet wines!

Late Harvest wines are some of the best valued sweet wines out there. Do not take that as an indication of lesser quality. In fact, there are some unique and iconic wines of the world that are in fact a result of Late Harvest practices. 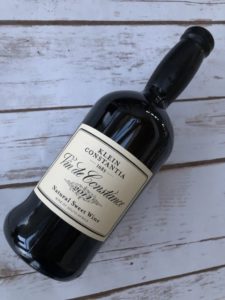 Take for example the legendary Vin de Constance from South Africa. It is neither inexpensive, nor simple. In fact, it is in the company of some of the most sought-after sweet wines of the world! Vin de Constance could well be considered the zenith of Late Harvest wines. The grapes are neither botrytis-affected, nor is the wine fortified. Always hand-picked, harvest for Vin de Constance is spread over a few months. Earlier harvests are picked at optimum ripeness with rich acidity to help balance the sugar concentration from later harvests. Each pick of grapes is fermented differently; some go through extended maceration while others are fermented with the skin. The final blend is not just a confluence of expertise, art and skill, but almost seems like divine intervention, because the resulting wine is just that…divine!

Not all Late Harvest wines go through such extensive production methods, of course. That said, they can still produce perfectly enjoyable sweet wines that can be paired with desserts like citrus tarts, apricot curd or white chocolate. If you plan on making jellies with sweet wines, these are your perfect choice! The sweetest part is that these can be easy on the wallet too! 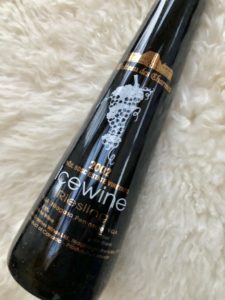 This is another jewel in the crown of sweet wines. While Germany can claim early production of ice wines or “Eiswein”, Canada seems to command the attention of the world for producing some of the best ones. Here they are called “Icewine”. There are a number of things that set ice wines apart from other sweet wines.

Firstly, there are not affected by botrytis, so the fruit still retains its fresh acidity. Then the grapes or berries the are left on the vines longer to saturate sugars in the fruit. they are not picked until temperatures drop to at least -4°C/20°F. Here’s the kicker…they have to be pressed frozen too! Here’s why. At these temperatures the frozen water crystals are easy to separate from the delicious sweet grape goodness that is left behind. The resulting wine is produced with this nectar and that is what makes ice wines so unique.

Ice wines can be sipped on their own or paired with rich pâtés. Serve it alongside a French Macaron and you’ll never forget the moment!

It would be safe to say that international politics and trade played a part in the creation of fortified wines. When the political relationship between England and France were tense, Portugal and Spain to the south of France became new purveyors of wine for England. While this seemed like a happy solution, the fact that if was further south meant it added shipping time at sea. This extra time often cost the wines their freshness. It was then that the practice of fortifying these wines with spirits became a mainstay. The added alcohol content prevented the wine from “spoiling”, thus keeping the wine stable. While Port (Portugal) and Sherry (Spain) are fortified at different points during the fermentation process, they both make wines that have carved a notable place in the spectrum of sweet wines. 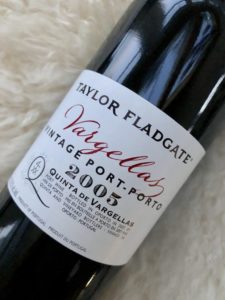 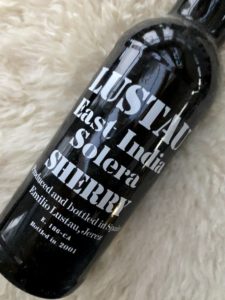 It is interested to note that other countries such as South Africa, Australia, Canada and the United States produce similar wines that range in quality from simple, alcohol-driven tipples to exquisite complex wines. However, they cannot call their wines Port, Sherry or Madeira. 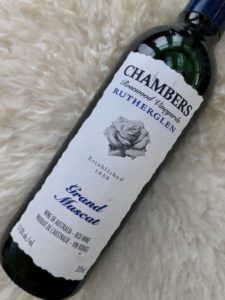 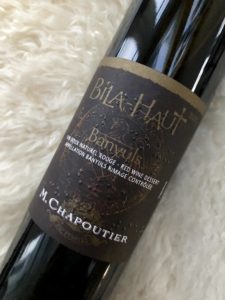 This is predominantly a French practice of  what they call “naturally” sweetening of wines. Depending on whom you speak with, this “natural” concept is debateable. You see, there is considerable intervention in producing the final product. The wines are in fact sweetened with unfermented concentrated grape must. Then a process called “mutage” which is a light addition of grape based spirit (in other words, brandy) to arrest fermentation is employed. As a result, the wine contains so much sugar that the yeasts naturally give up fermenting all together leaving behind considerable residual sugar, from 45 gms/l to 100 gms/l.

It is no doubt therefore that these wines deliver pure grapey aromas and flavours that are delightful accompaniments to nougat, custard-based desserts and panna cotta with fruit compote.

Sweet wines are also made for grapes that are dried after harvest. In Spain, particularly in the region of Montilla-Moriles (where the bounty of Pedro Ximénez grapes come from) grapes are sun-dried before vinification. They call this process “asoleo”. The wines are amongst the sweetest nectars one can find! It can propel a humble bowl of ice-cream to gastronomic stardom!

Italy has its own version of dessert wines made from dried grapes. Theirs is a process called “apassimento” where grapes are dried or raisinated on straw or bamboo mats before being pressed for fermentation. The natural concentration of sugars result in wines that are undeniably complex. Interestingly this process is also used to produce dry wines famously knows as Amarone. However, for Recioto, the fermentation process is arrested to retain considerable amounts of sugar in the wine.

While Recioto is primarily a product of Verona, other regions in Italy make sweet wines with dried grapes too. Vin Santo, which is mostly produced in Tuscany partially dries late harvested grapes in its production. They are then aged in small barrels for up to 10 years or so before being bottled. A little glass of Vin Santo with a biscotti to nibble on, is all you need at times.

So, there you have it… a sweet guide to dessert wines from around the world. This is by no means an exhaustive list. There are in fact so many other regions in the world that make phenomenal wines that are barely known outside their region of production. So, while this list will help you make informed choices at your local wine stores, look out for local treasures while you travel the world.

For now, I’ll leave you with a humble sentiment: life is relatively short, you may as well make it sweet. Of course, I’ll shatter that sentiment with a cautionary note calling your attention to the amount of sugars these wines can contain. Moderation therefore, is the answer to this sweet conundrum.

Cheers! I wish you all a “Sweet Valentine!”